The first clinically proven non-invasive treatment that combines fat freezing ( Cryolipolysis) with acoustic shock therapy for the removal of localized fat and the reduction of all grades of cellulite. 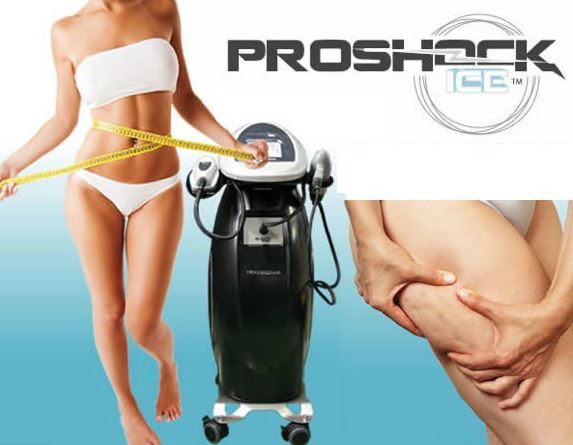 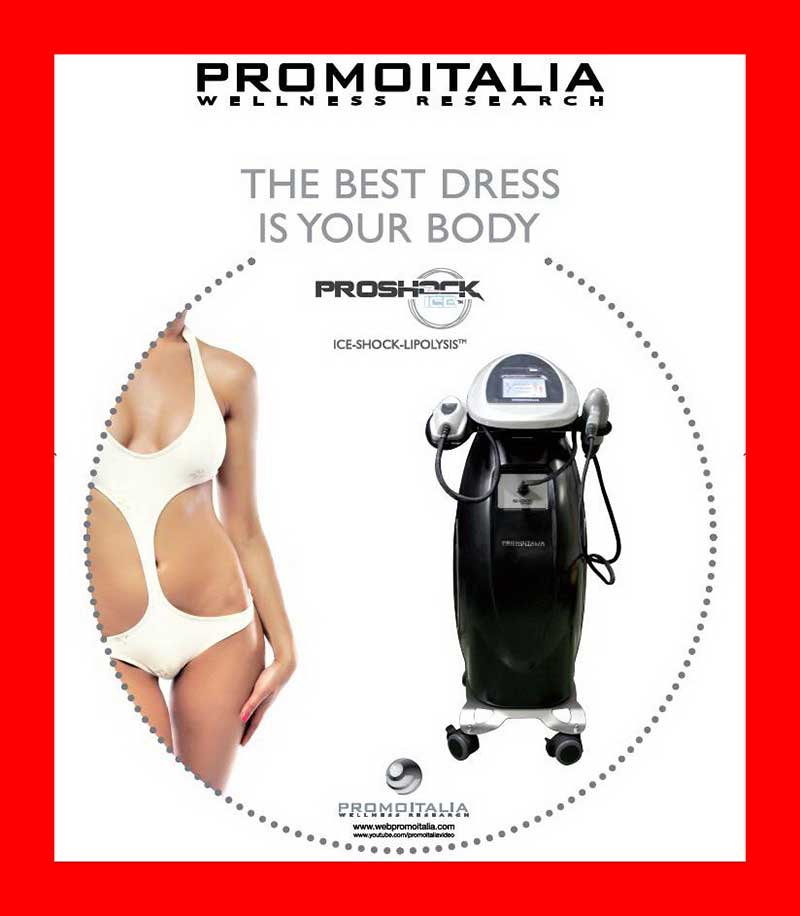 The pain Free alternative to Liposuction without downtime

ProShock Ice™ utilizes a patented and innovative technology called ‘ICE-SHOCK-LIPOLYSIS™, developed in Italy by PromoItalia and widely used throughout the world. ProShock Ice™ incorporates a combination of two technologies, working in a synergistic manner in order to address both unwanted fibrous fat and cellulite or both.

Cryolipolysis was developed in USA in 2008 following the discovery of the ‘popsicle effect’. The ‘popsicle effect’ showed that fat cells exposed to -5C were eliminated safely and painlessly, also known as ‘Apoptosis’ or programmed cell death. The treatment results in the permanent loss of the fat cells, without damaging the surrounding tissues.

Unlike any other device in the UK, ProShock Ice, also combines the use of high pressure acoustic shock waves within the treatment. This technology speeds up the process of Apoptosis or fat cell death by rupturing the fat cell membrane and improving the blood and lymphatic circulation, to help the body safely eliminate the fat released from the damaged fat cells. This often results in an immediate and measurable reduction in the subcutaneous fat, continuing to work over several months for it’s full effect.

In addition Acoustic Shock Therapy™ also breaks down the fibrous tissue within cellulite smoothing and firming, to effectively eliminate cellulite permanently. No other Cryo-Lipolysis system currently available can treat both excess fat and cellulite as effectively.

On arrival for your treatment you will have a full consultation, to help us understand your treatment needs and discuss your personal goals. We will set up a treatment record for you, including a body map, outlining your treatment regime, with dates and length of treatment times. We will take photos and measurements for reference, with your consent.

Once the assessment is completed, the ProShock Ice pad will be placed onto the targeted areas followed by the Acoustic Shock Therapy. You will experience a mild cooling sensation through a vacuum, which draws in the fat; this is perfectly normal and all part of the fat freezing procedure. The Acoustic Shock Therapy is a fast audible repeat pulse.

What areas can be treated with ProShock Ice™?

Ice-Shock-Lipolysis is a very effective treatment for both men and women who have areas of localized fat which they are unable to loose through diet and exercise but have a normal or slightly high BMI ( Body Mass Index ), the same indication for patients who would benefit from liposuction. Ideal areas to treat are the abdomen, flanks, upper chest in men, thighs and calf. For cellulite, treatment can be tailored if needed to just smooth and flatten the skin without removing fat. 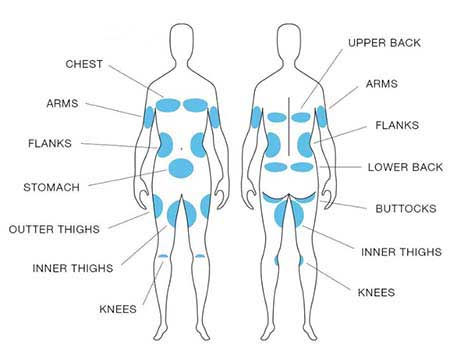 How many treatments are needed?
Usually a course of 4-6 treatments are needed at 10-14 day intervals to achieve the maximum result of up to a 30% reduction in fat, as with other cryolipolysis devices. Multiple areas can be safely treated during the same treatment session if needed.

Is the treatment with Proshock Ice™ painful?
The treatment is very comfortable and is usually very well tolerated. The cooling effect on the skin induces an anaesthesia and numbness.

Are there any side effects?
There is often temporary erythema or redness of the skin which last a few hours in most cases but occasionally the skin is more sensitive and the redness can last a number of days. In all cases treated so far patients return to normal activities immediately after treatment.

In most patients there is an immediate and measurable reduction in fat volume due to the acoustic shock therapy rupturing the fat cells. Following each treatment there is a progressive loss of subcutaneous fat. As with other cryolipolysis treatments up to a 30% reduction in fat volume is often seen. With a healthy diet and regular exercise the results can be maintained long term.

PLEASE NOTE: A diet regularly exceeding your recommended daily calorie intake will result in the body producing new fat cells. Please note this is not a weight loss treatment.